“En Giro Torte Sol Ciclos Et Rotor Igne” (The Spiritual Sun has turned the Ages in a Circle and is their Mover with Fire) are words referred to in the Ogdoadic system of High Magick as the “Clavis Mystica.” Taken all together, they are a palindrome – reading the same forwards as they do backwards. The words are not easy to translate, being a mixture of medieval Greek and Latin, and they form the Sacred Heart of Mysteries and serve as a most perfect Invocation of those Inner Plane Powers.

But what does it mean to “turn the ages in a Circle?” Marsilio Ficino explains: “Eternity is the image of God; the Cosmos, of Eternity; the Sun, of the Cosmos; and Man, of the Sun. People call Transformation Death, because the body is dissolved, but in fact life withdraws into the Unmanifest.  I shall tell you, as you are listening with such reverence, my beloved Hermes, that all these things that have been thus Dissolved and indeed the Cosmos, are transformed. Each day a part of the Cosmos withdraws into the Unmanifest, but the Cosmos is never Dissolved. This is what happens to the Cosmos, these are its Cycles and its Mysteries. The Cycles are a continual rotation and the Mystery is the Renewal.”

The daily withdrawal of the Cosmos is the principal concept here, symbolized to the ancients by the setting of the Sun – the well-known journey of Ra and other Solar Gods through the Underworld. This is of course followed by the Dawn: this is the Regeneration, the Rebirth of the Adept after the Sojourn of the Darkness. Thus is this palindrome whose very orthographic structure symbolizes the Cycles of “Continual Rotation” and Renewal.

You can see these eight words in the beautiful marble inlay on the floor of the Baptistery of San Giovanni, where they encircle an image of the Sun, and you can trace the footsteps of the greatest minds of the Renaissance that were quite familiar with this palindrome and still view this sight today inside the eight-sided Baptistery of Florence which is situated in the Piazza del Duomo.

Days of the Week Magical Septagram.

A lil infographic about the planetary glyphs 🙂

everything in astrology makes so much sense

Easy – Moon conjunct Venus: Love and affection is also integrated into the natives style of nurturing and what they need to be emotionally satisfied. This is an extremely gentle, and affectionate conjunction.

Hard – Sun conjunct Saturn: This can be a very self limiting aspect, as Saturn puts blocks on the natives drive for self expression, making the native rather quiet and shy. This can also be an indication of someone who is prone to depression and self doubt.

Venus opposite Uranus: To balance this opposition, the native would need a sense of personal freedom in relationships in oder to form a functional relationship. This person may also fluctuate from being affection to passive, and in these time, some personal space will be needed, and they are ready, can return to the partner – unconventional relationships tend to manifest from people with this aspect.

Sun trine Mars: This will show a native who’s self-expression and self-drive flow together with ease. This person will have no problem expressing who they are and what they want, and have a great amount of personal drive to achieve goals. This can also give the native an aura of sexual magnetism and a heroic and stand-out presence.

Mercury square Neptune: This native may have difficulty in differentiating facts from reality. There may be a lot of mental confusion with this aspect and a tendency to get lost in conversation, being spoken to and to transverse into a world of daydreaming and fantasy. Their concentration may be short, and may also be delusional in their thought. This aspect could also manifest a lair, or through a more positive manifestation, someone who can express their mental confusion through creative writing and materialising their fantasies into words/poetry.

Mars sextile Pluto: This aspect would give the native formidable ability to incorporate raw plutonic  power into their will power and drive. This can give great ability to put a lot off personal power into tasks and to achieve goals. This natives drive would be persistent and they would possess tremendous durability. This native may posses great physical power and have a large sex drive, not to mention quite sexually skilled and magnetic.

Inconjunct/Quincunx (Hard – often debated as a major or minor aspect.)

Venus inconjunct Saturn: This aspect can indicate a native who’s ability to express love and tender affection clashes with their sense of authority, structure and patriarchal nature. This person may give excessive amounts of affection and love and may begin to feel like they aren’t getting the same amount in return, thus resorting to becoming cold and rejecting any affection that the partner tries to give. This person may also try to be patriarchal and directing in a situation that really requires gentle affection and care.

The Zodiac is an imaginary belt of the Heavens, within which are the apparent paths of the Sun, Moon and Planets. The belt contains twelve Constellations of Stars (hence the twelve Signs of the Zodiac) and each of the twelve Signs are governed by one of these four Elements: Earth, Fire, Air or Water. Astrology plays a big part in the Zodiac, as it is the actual study of influence that the Sun, Moon, Stars and Planets have on an individual at the time of their Birth (which creates all the Sun/Moon/Rising Signs of the Zodiac). 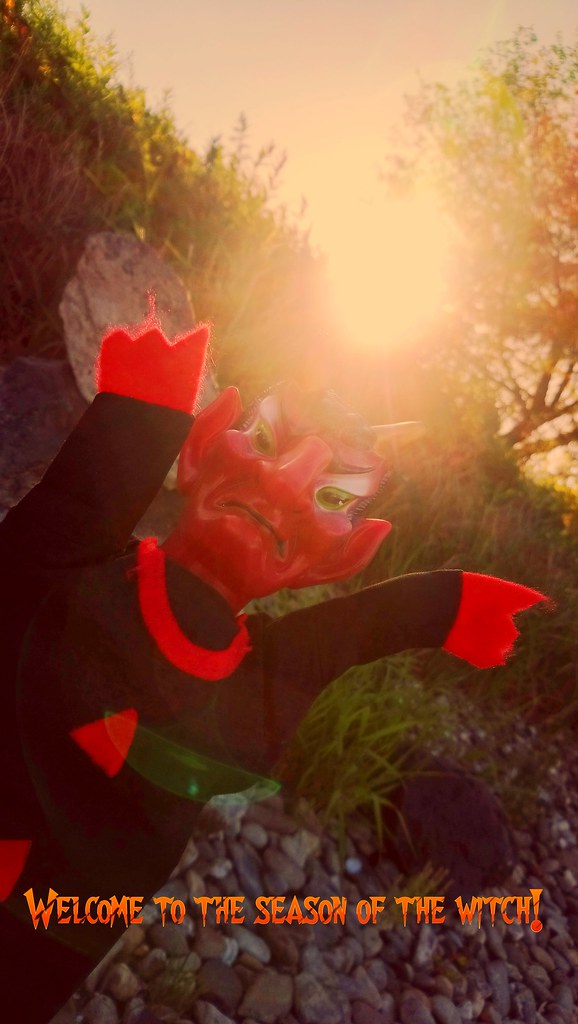 WELCOME TO THE SEASON OF THE WITCH! von Novaexpress93
Über Flickr: